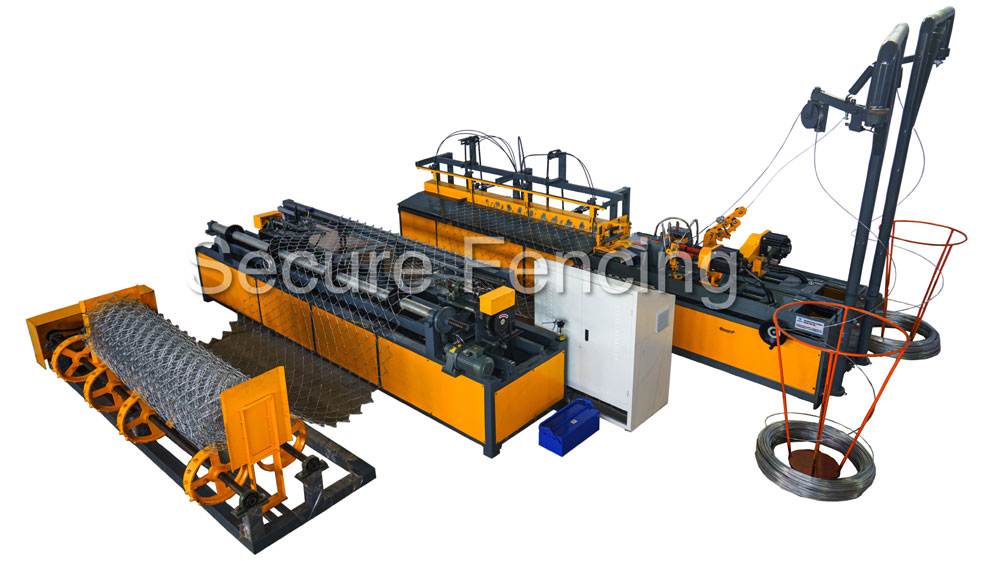 Our electric panel is incorporated with a next-generation Mitsubishi-programmable automation controller(PLC) having a revolutionary high speed system bus that inproves productivity through advanced performance and functionality.

Double wire is not a new concept in the world, there are a few variants out there which have similar functionalities, and however, those machines are not successful in Angola due to different quality materials used in Angola.

The main difference is that there are two sets of motors, wheel system, mould holders and bobbins attached to the cutting part of the double wire chain link machine. Due to which the machine is capable of pulling wire from both the bobbins at the same time and therefore weaving at the double rate of production.

The new production capacity is up to 300 kgs per hour with cost of making dropping to just 70 paise per kg.
Secure Fencing is the most trusted chain link machines manufacturer in Angola. Secure fencing is known for Quality, Service and their Innovation.